SPORTS SCHEDULES for ALL County Schools 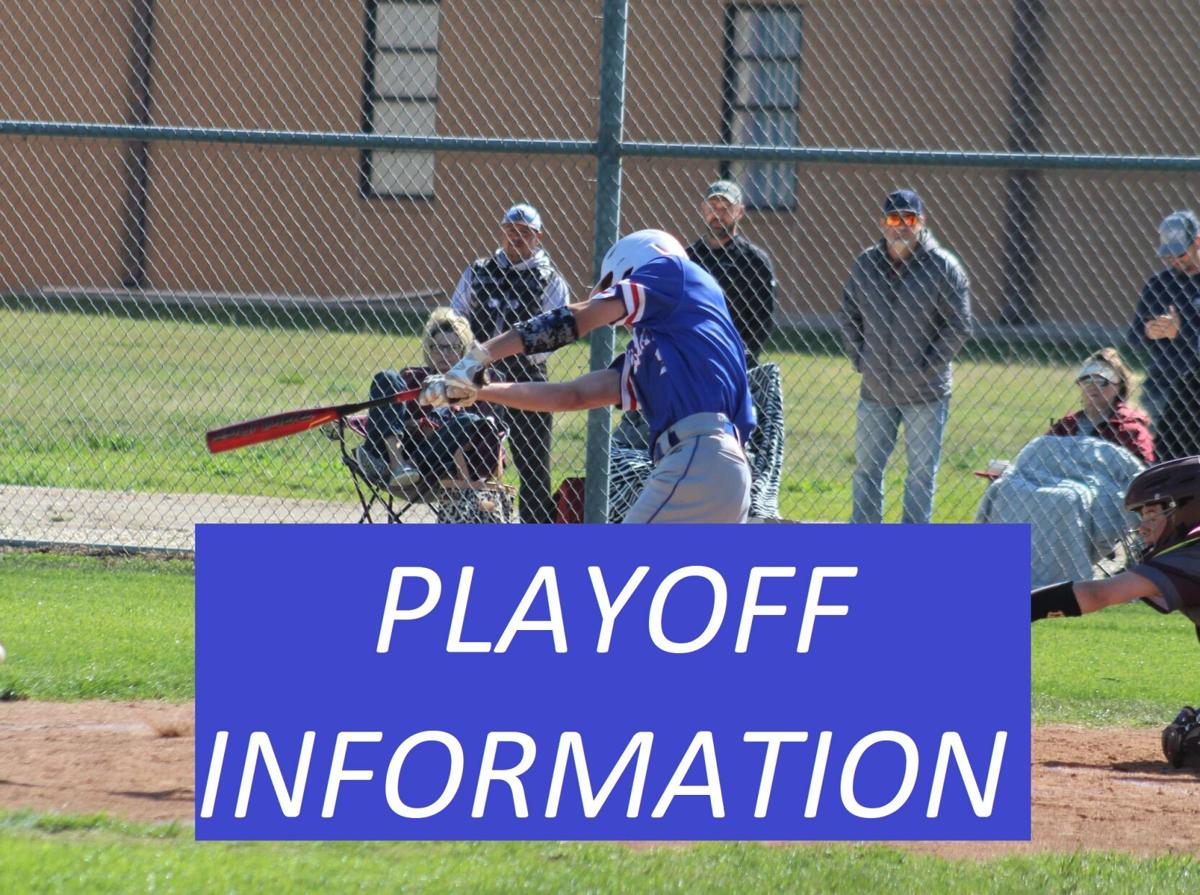 PLAYOFF INFORMATION FOR THE COLEMAN BLUECATS, followed by articles for the May and Winters games.

Admission at both sites:

4-Hit Day For Gentry Earns Coleman Victory Over May

Ryland Gentry had the hot hand on Friday, tallying four hits and five RBI's leading Coleman to a 20-6 victory over May. The win tied Coleman up with Winters for 3rd place, but the Blizzards won on Saturday in the seeding game, making Coleman the 4th place seed going into the playoffs.

The Bluecats got things started in the first inning against May on Friday when Gentry tripled on a 1-0 count, scoring two runs. Gentry then scored on a passed ball putting Coleman up 3-0 going into the bottom of the first inning. Coleman got another run in the second, but May came back, scoring three to cut the Bluecats lead to 4-3.

In the third, Gentry doubled, scoring Corbin Rosales, who had singled to get on base. Then Braxton Smith hit a sacrifice scoring Gentry. (6-3)

The Bluecats then scored three in the 5th, 1 in the 6th and six runs in the 7th inning. Hunter, Gentry, Jacob Stewart, Jody Traweek, Kaden Johnson, and Seth Mills powered the big inning with RBIs.

Coleman collected 12 hits on the day. Gentry, Hunter, and Roby Odom each racked up multiple hits with Gentry going 4-for-5 at the plate to lead the Cats in hits.   (Stats attached)

Coleman Claws Back, But Falls Just Short Against Winters

Despite a 6-run deficit in the third inning, the Bluecats almost came back, eventually falling 10-8 to Winters on Saturday. Coleman was right in it until Winters doubled in the seventh inning to go ahead.

Winters got on the board in the first inning. Hamilton's sac fly scored one run for Winters. Then Killough doubled on a fly ball to right field, scoring one. Killough then advanced to third and then home on a passed ball. (Winters 3-0) The fourth run occurred during the final batters turn at the plate on a Bluecat error. (4-0 going into the 2nd inning)

Coleman came back and scored 2 runs in the top of the 2nd inning when Roby Odom singled and Denver Hunter and Corbin Rosales both were walked. During Rosales' at bat, Odom stole third and then scored on a passed ball. Ryland Gentry then hit a pop fly and reached on an error by second baseman, scoring Hunter. (4-2 Winters up)

Winters then scored 4 more runs in the third inning. The Bluecats then managed to score two runs when Jorge Salas tripled on a line drive to left field, scoring Gentry and Braxton Smith singled to center field scoring Salas. (8-4)

In the bottom of the fifth inning, Coleman tied things up at eight. Salas singled and Smith hit a sacrifice bunt, Salas bot to 3rd on a bad throw by Winters. Jacob Stewart singled on a hard ground ball to right field. Salas had scored on a passed ball during his at bat (8-7). Then Blaze Hronek was walked (Jadin Jackson - sub runner) and Odom was hit by a pitch, making bases loaded. Hunter then drew a walk, scoring Stewart (8-8). The third out occurred when Jackson tried to steal home, ending the inning.

Winters then scored two runs in the top of the 7th and held Coleman in the bottom of the 7th with three up - three down.

Rosales took the loss for Coleman lasting four innings, allowing four hits and two runs while striking out six. Salas started the game for the Cats allowing five hits and five runs over one inning. Odom was on the mound for two innings allowing one hit and three runs, with one strikeout.

Salas led Coleman with two hits in four at bats. Odom and Rosales led the Bluecats with two stolen bases each, with Coleman having 7 stolen bases total.  (Stats attached)