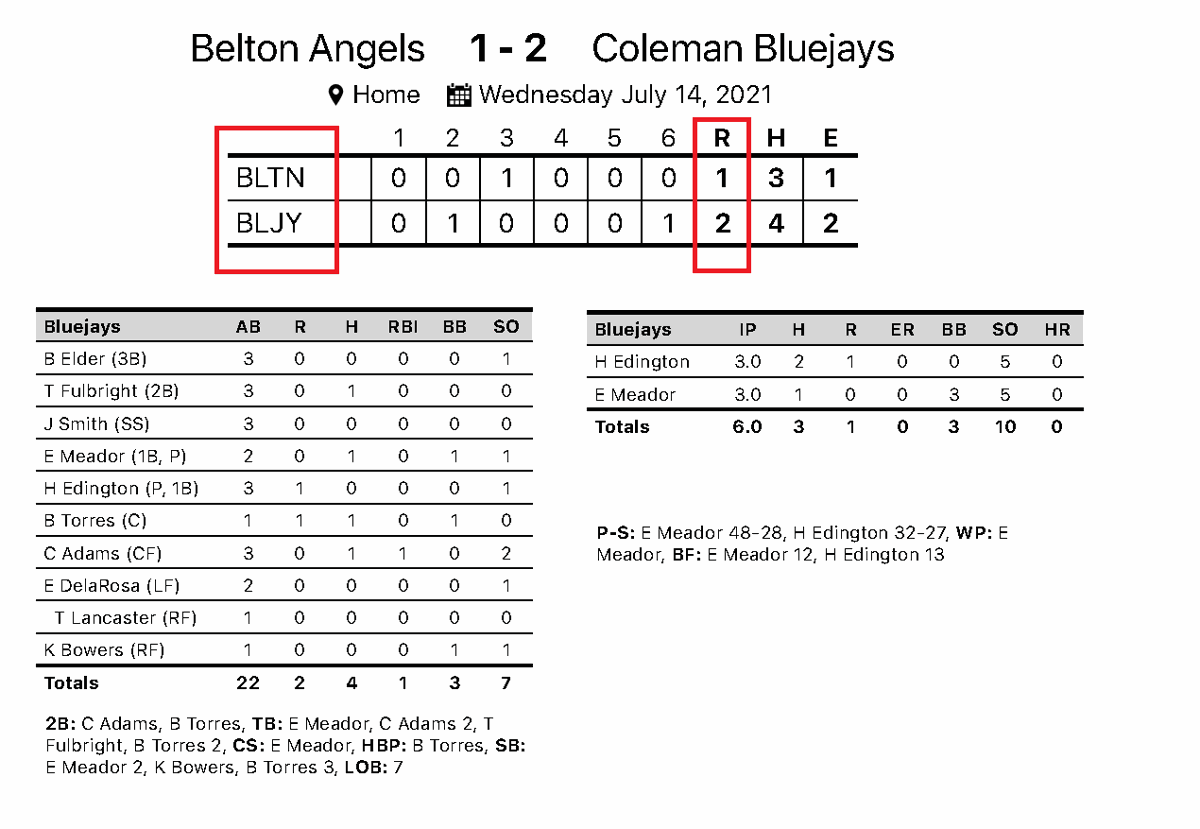 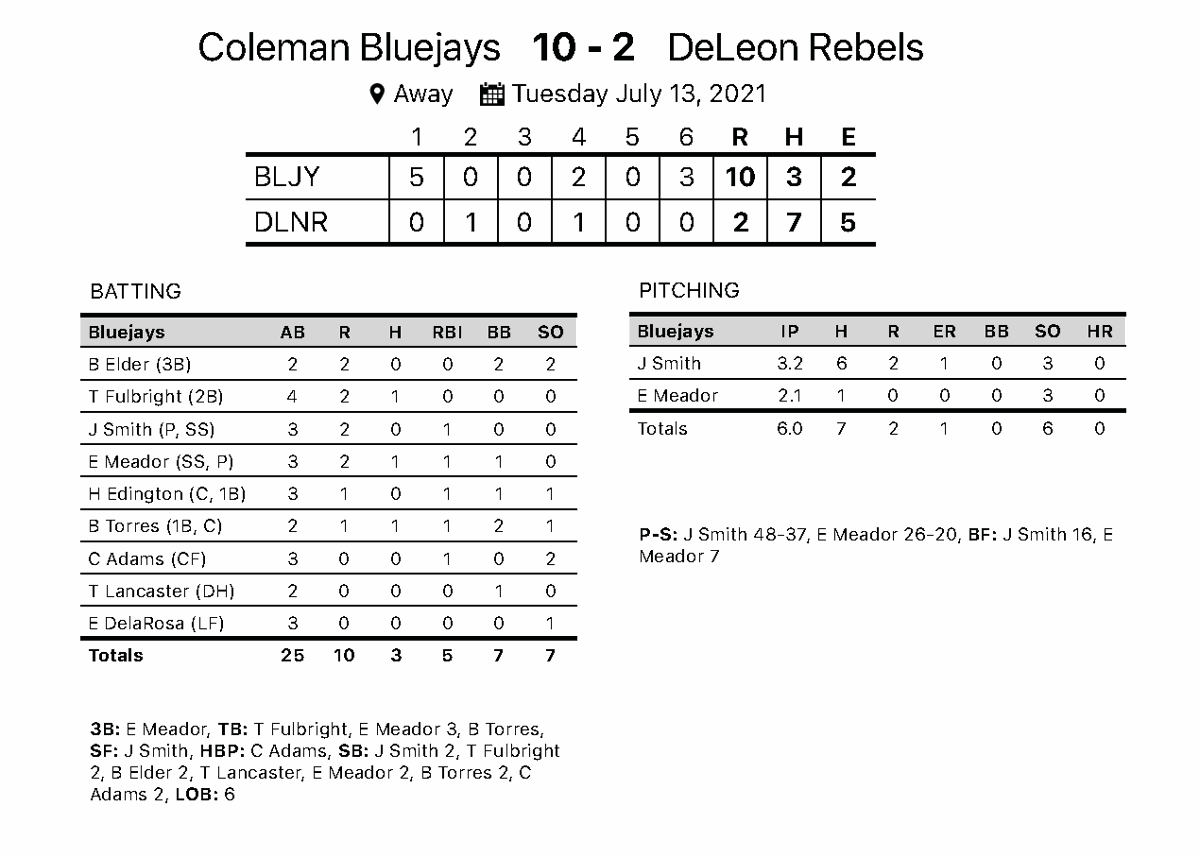 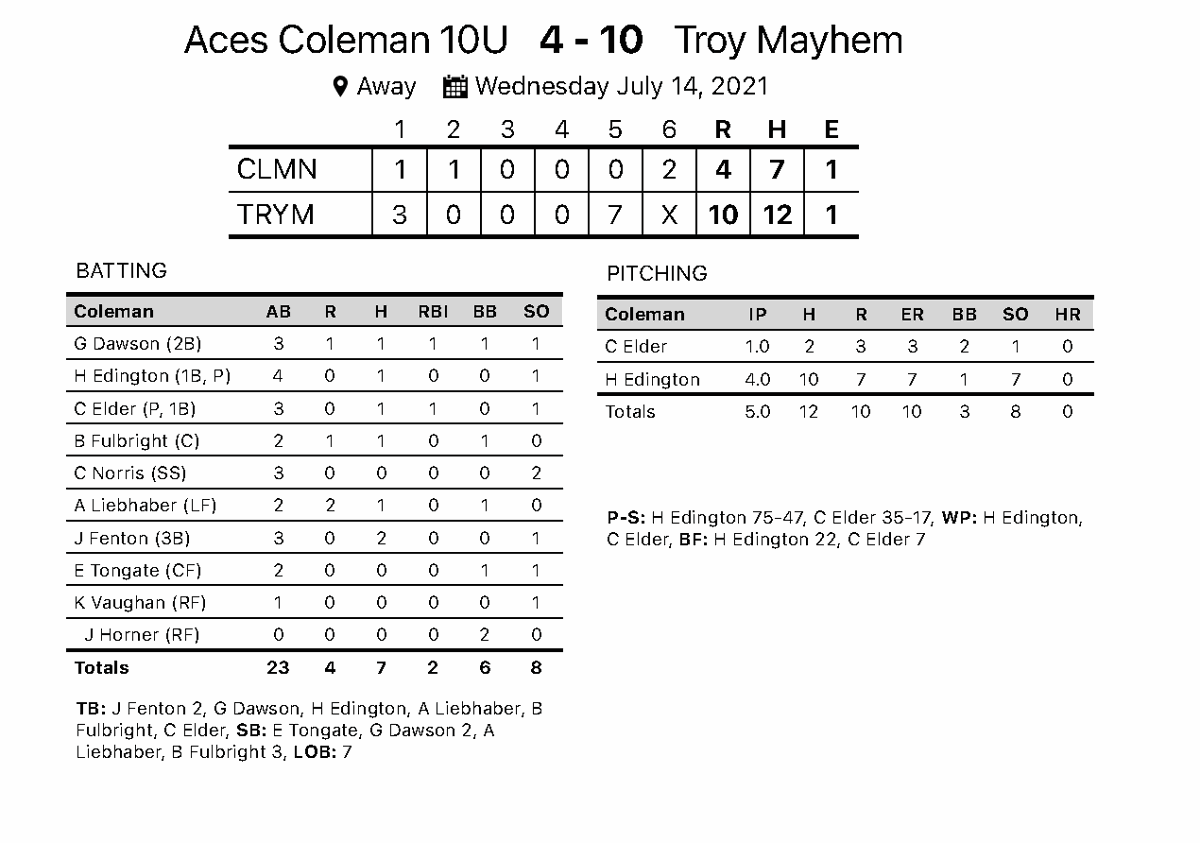 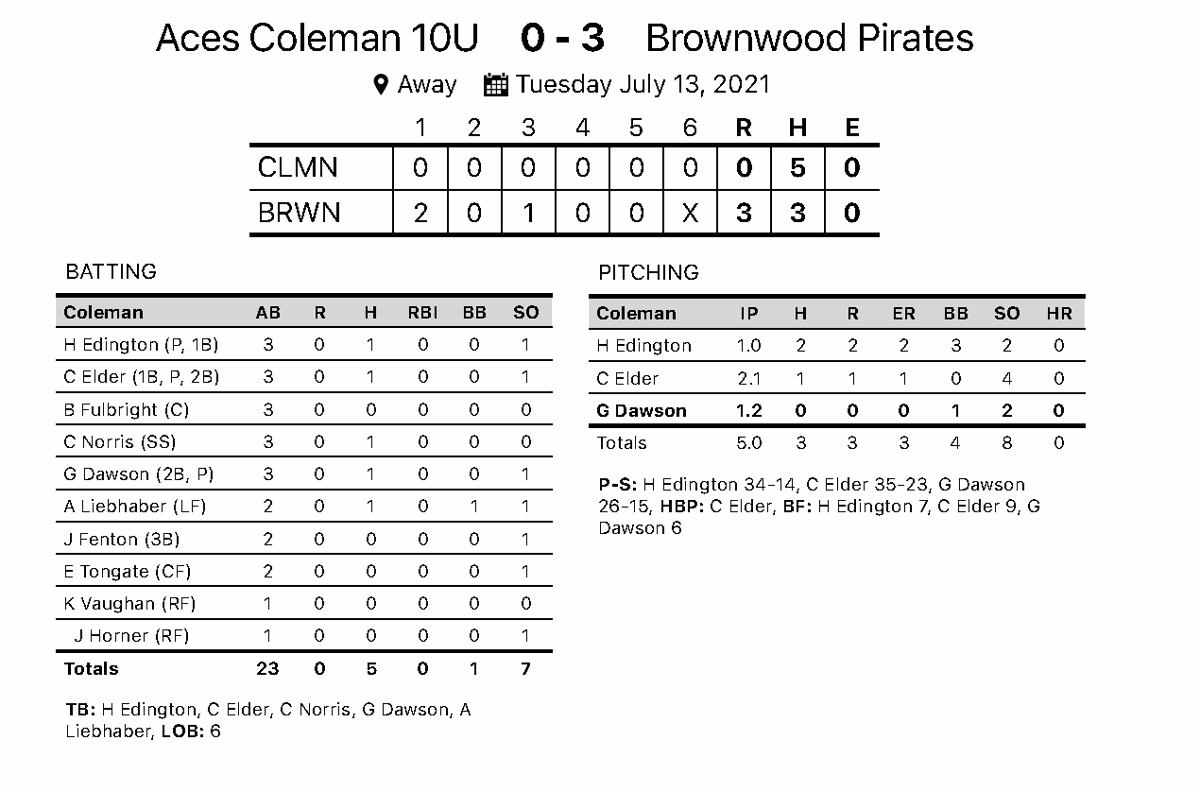 Coleman's 12U Bluejays beat DeLeon Rebels at the State Baseball Tournament by eight runs, 10-2.  the Bluejays won game three against undefeated Belton Angels (20-0 season) with a score of 2-1. Brayden Torres stole home for the win!  The Bluejays will play Axtell at 2:30 today in the semifinal game.  Good Luck Bluejays!  8U Bluecats and 10U Aces results are below: