The Coleman City Council received a timeline report Monday evening, February 22, from City Manager Diana Lopez detailing the deadly winter storm last week that left two Coleman residents dead.  Friday morning, February 19, during a welfare check of residents, a 75-year-old male was found deceased in his home. Friday evening, as city crews were repairing water leaks, a home was noted to have water coming out the front door. After crews knocked to notify the homeowner, there was no answer. City crews phoned into the Coleman Police Department, and they made entry into the home where they found a 72-year-old male deceased. The City will not be releasing the names of the victims until final notifications to the families.

City Manager Lopez stated: “While the City was able to maneuver through these challenges, it is unfortunate to report that due to sustained power outages, and temperatures reaching lows below zero, two residents of Coleman lost their lives and the deaths were directly attributed to exposure to the harsh weather conditions; exposure that could have, and should have, been mitigated at least to the same degree as it was in the surrounding communities placed on rolling blackouts.”

A copy of her report has been released by the City of Coleman and is attached to this story explaining how the entire winter event unfolded and how portions of Coleman were without electricity for almost two days.

Lopez said in her report - "Many questions need to be answered by Legislative officials from the State of Texas. At the time of this communication, the City of Coleman, Texas by and through its Mayor Tommy Sloan, its City Manager Diana Lopez and on behalf of the City Council of Coleman and its citizens, is respectfully requesting the opportunity to provide testimony before the Committee on Business and Commerce regarding the winter storm and the events related to the loss of power. The City seeks answers from ERCOT, Public Utility Commission and AEP with two simple questions: 1) Why did AEP place the City of Coleman on a controlled blackout for 46 hours instead of placing us on a rolling blackout and 2) what can be done to prevent this from happening again? 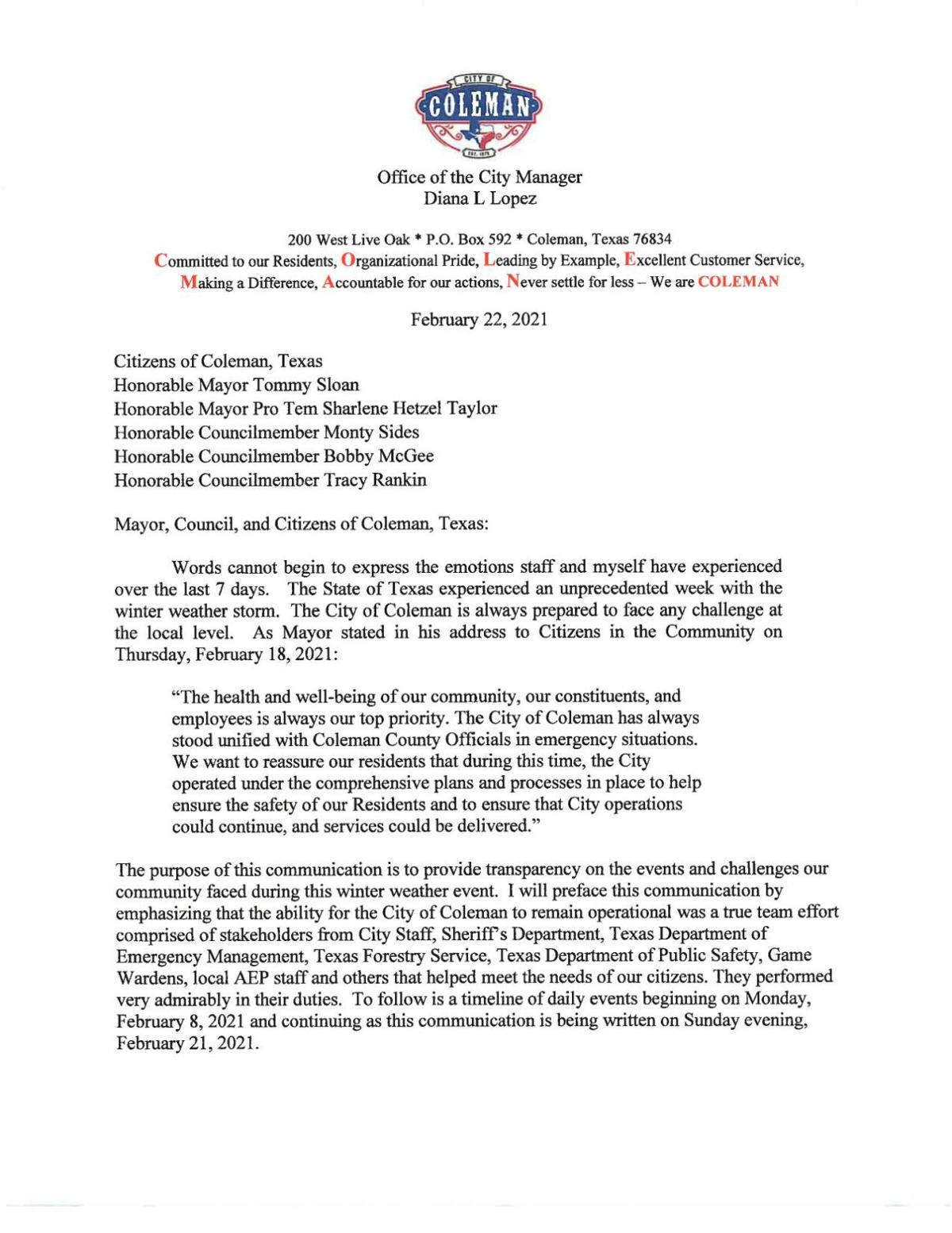