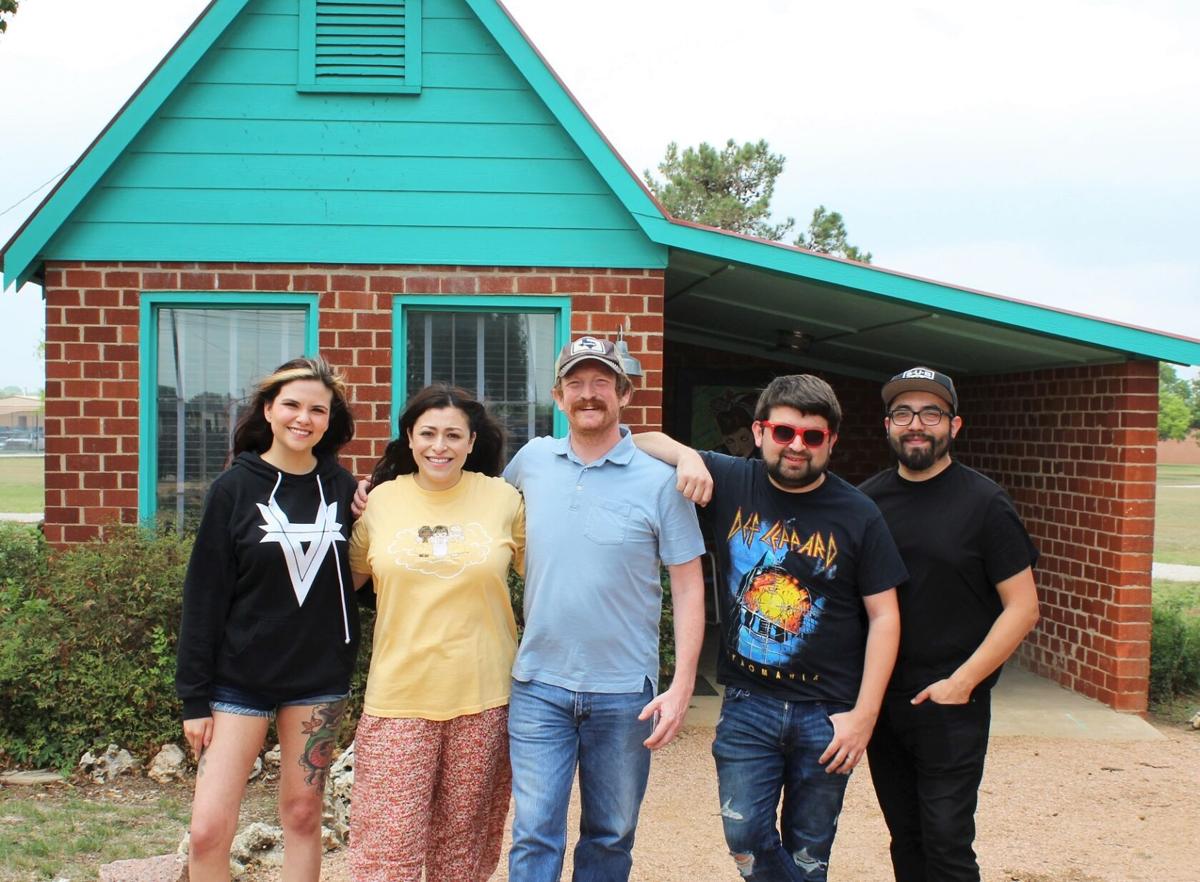 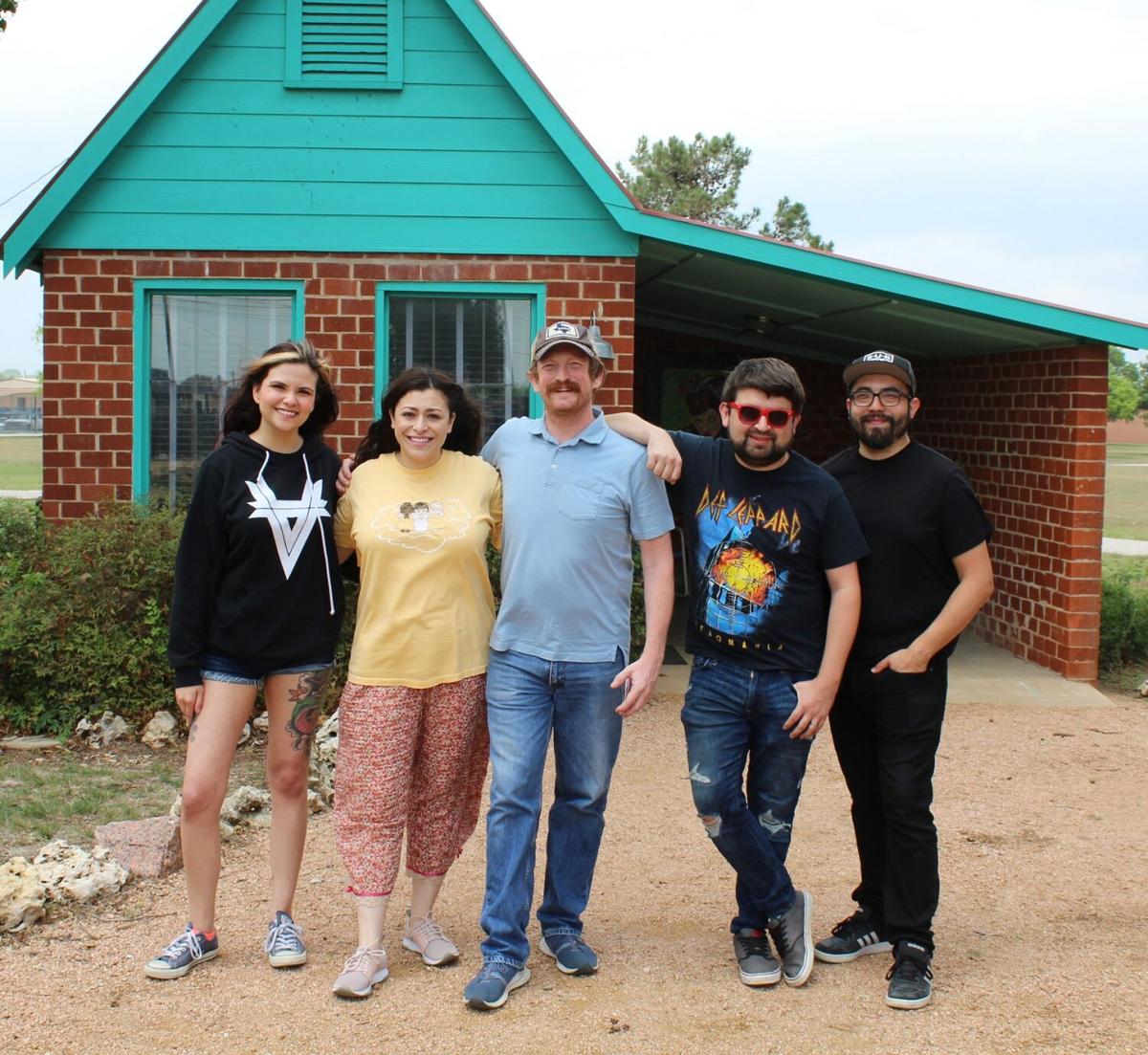 Movies made in Coleman?  What a great opportunity for our charming little town!

Last week in Coleman, a young man filmed part of his first-ever feature film in Coleman.  He was shooting the movie at Harbord Kourt and I interrupted him while filming, but he still sat down with me for a bit last Wednesday afternoon.

Writer/Director J William "Will" Boothman II chose this particular motor inn after looking state wide for a good place to film his 'Texas road film.'  "My mother found Harbord Kourt. I was surprised to to find there wasn't a collective of vintage roadside inns available. The ones I went to in Austin, for example, and other cities made me realize we wouldn't be able to pull off a small town feel with the noise and background in the areas."  He stated that he was "amazed that you can look on Google maps and in 2013, these Harbord Kourt buildings were just abandoned. And to look at them today, is amazing."

Boothman is a Filmmaker from Dallas - calling himself a hobbyist making short films for 15 years.  He's currently making what he calls a road movie, "Bury a Lover" about an insurance specialist that finds out her husband has died, and is going back home to the funeral with her childhood friend who happens to be a 'beach bum.'  He has two men he owes money to, which leads the movie to be part comedy, part thriller.  Boothman said it starts out in Galveston and ends up in the Panhandle at Texline, Texas.

Boothman had planned a short-film about a year and a half ago, and was ready to get started on it when Covid shut things down. He considers it a blessing, looking back, since it gave him time to rewrite the story and know his characters better and to get a better-storied feature length film out of it.

I asked Boothman the expected timeline, and he said they should be wrapped with filming in 8 weeks. "That's the goal, which is ambitious." He said he started filming 18 months ago, and when things shut down, "I had this worried dread that, because of Covid, Harbord Kourt might not be in business anymore. So a couple of months ago, I contacted Jane Price and reserved the rooms. That was a huge weight lifted off of me.  Jane said that they not only survived, but that they are thriving, doing really well and staying busy. The Prices have been so supportive of us shooting out here."

The writer/director said most of the filming will be done in Dallas/ Ft Worth area, but he was in Coleman to film in this "wonderful motel Harbord Kourt." They had already been to Galveston to film parts of the movie, and had filmed in the Caprock Park near Canyon. He said they were headed to Texline next.

He continued discussing the timeline saying that filming should be done by the end of June. He then said that the editing process may take 6 months. His plan is to talk to some small-time distributors, and of course long-shot it with big producers. He said, "I've been told to go ahead and go to my usual film festivals as I would with a short film to create attention for it."

He plans to have it all finished by the end of the year and begin taking it to festivals and to hold private screenings, one of which will be in Coleman.  The Director of Photography Christopher Durbin added a nice description of the movie, "It's a love letter to Texas, with lots of small towns and big cities being seen along the road to home."

Boothman reiterated how supportive the town has been. He said, "I'm just a low-level guy trying to break into the business. We have a great movie and a great story to tell and I'm glad we can share it with Coleman."

Be watching for "Bury a Lover" showing in Coleman some time next year.