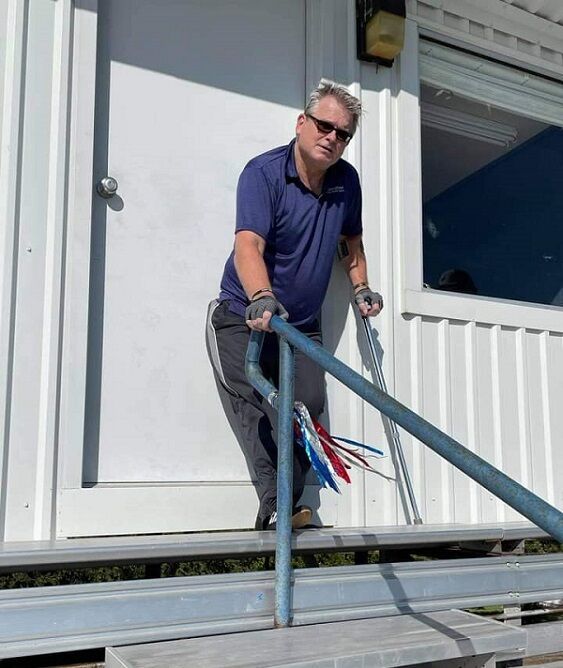 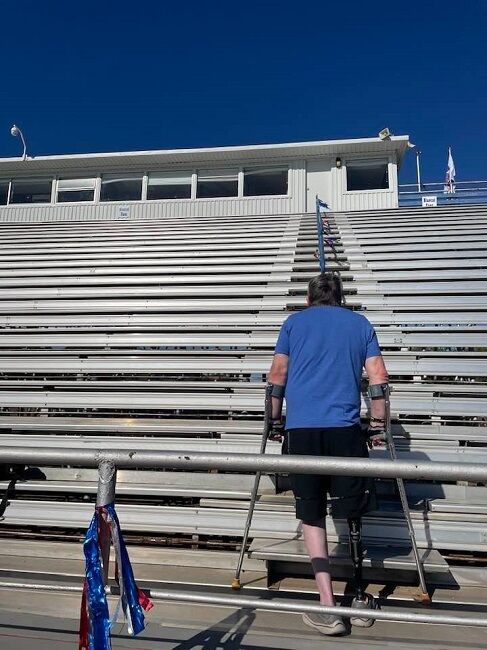 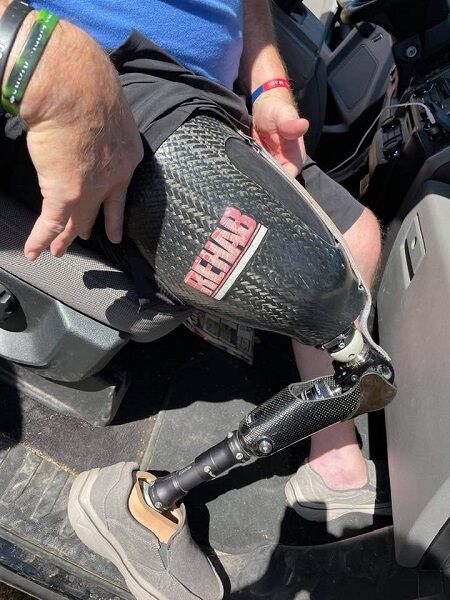 Joe Haynes has a story to tell, but more importantly he has a goal to reach. Haynes is taking a "Farewell Climb" up the Hufford Field stands to get into the press box for his final public address announcing duties at the Coleman vs Winters game on November 5th. A BLUECAT football game is the only place he wants to conclude his 35-year sports broadcasting career which began in Gonzales in 1982.

Haynes was the PA announcer at Hufford Field for several years, up through the fall season of 2017. Haynes was involved in a vehicle/pedestrian accident on February 3, 2018 resulting in a Right Above Knee Amputation. This forced him to give up the football game announcing as he was unable to get up to the press box. He never had an easy climb, having been born with Cerebral Palsy, but that didn't keep him from his announcing gig. The loss of his leg, however, created a much more daunting difficulty.

Haynes received a prosthetic from West Texas Rehab Center and has been supported by them from the beginning of this journey. He would like to show his appreciation by raising funds to donate to WTRC. Tabbed “Lt. Dan”, in homage to Gary Sinise’ character in the film “Forrest Gump”, the prosthetic allows Joe to live a still-productive life of service to his community of Coleman County. Since he is nearing retirement from the broadcasting industry, he decided a "Farewell Climb" to the top of the stands and into the press box would be a great way to show his appreciation to the Coleman community and to the West Texas Rehab Center.

Haynes, 57, has been working on the climb with the help of family, friends and his local trainer LaKeesha Busher, owner of Key Movement Solutions.

Donations are being received at Coleman County State Bank in Coleman. Call CCSB @ 325-625-2172 and reference “Farewell Climb”. There is a deadline of Wednesday, October 20 to get sponsors on the back of shirt. Sponsorships - $100.

Donations can also be made on-line at westtexasrehab.org under General Donation and write “Farewell Climb” in the comments section, OR mail your checks to: WTRC, 4601 Hartford Street, Abilene, TX 79605, with the same notation, “Farewell Climb”.